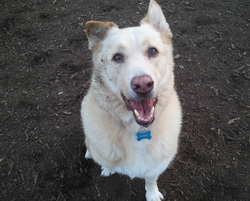 Mr. Puppy’s Mom contacted us from Los Angeles, and she would do anything to keep him part of the Family for as long as possible:

“Mr. Puppy is not only a family member, he is my family!!! He’s a resilient fighter that has proven his ability to overcome the odds. When he was only six months old he was hit by a truck and had to have surgery to place a pin and rubber band in his back leg. He was up and about in no time and made a full recovery. The most shocking part is that 9 years later, after many hikes and adventures together, we discovered that his hip had been broken so badly in the accident 9 years earlier that the doctors were surprised that he ever even learned to walk again! He was so brave, and so stoic, he never let on that there was a problem!!! Every moment I have with him is precious. I will be absolutely devastated when he goes, but I cannot let his time be cut short by an inability to provide proper treatment for
him! Mr. Puppy was diagnosed with prostate cancer after roughly 9 months of testing. I would be so grateful for the compassion of your foundation! In this situation, every bit helps. Receiving assistance from the JLACF would bring significantly needed financial aid to funding Mr. Puppy’s cancer treatment and be deeply appreciated by both of us!” 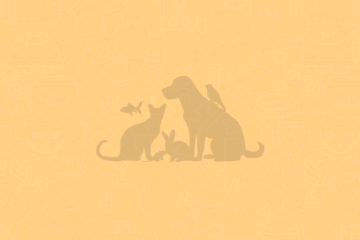 Tony also shares a special bond with his Family and the JLACF wanted to help that continue! “I have had

Who knew such a little creature could have such a major impact. Gucci was not only a faithful companion to